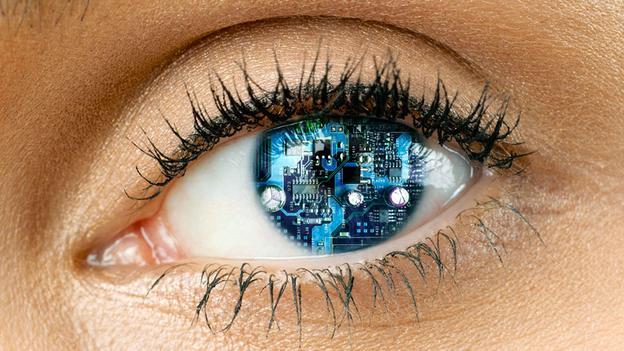 How different Mahabharata would have been if King Dhithrastra, and the Queen Gandhari, parents of Kaurvas would have had bionic eyes!
Maybe we would have a different mythological history!

What is it like to see again after years of blindness?

After decades, the time has come where we can actually make a blind person with genetic or congenital retinal disorder regain vision with bionic eyes.

What are bionic eyes?

The Argus® ii retinal prosthesis system (“Argus II”) is also known as the bionic eye or the retinal implant. Robert Greenberg, the president and CEO of Second Sight, the company that developed Argus II says its intended to provide electrical stimulation of the retina to induce visual perception in blind individuals with severe to profound retinitis pigmentosa. Agnus II has a pair of camera-equipped glasses which is hooked up to electrodes implanted in the eyeball, which feed the brain visual information. Devices like the Argus II are able to bypass damaged eyes to restore some vision to those who have lost it. It’s not the same as fully restored vision, and it’s still early days for this technology– there are only six people in the US with the Argus II – but researchers hope that as they learn more about vision they can help those who’ve lost it get it back.

How does Bionic Eyes work?

Bionic Eyes work with Argus II system. The Argus II system is made up of three parts: a pair of glasses, a converter box, and an electrode array. The glasses work as a vehicle for the camera and not as a corrective lens – and that camera is similar to those in smartphones. The image from the camera is then transmitted down into a converter box that can be carried in a purse or pocket. This box sends signals to the electrode array implanted onto the patient’s retina. Essentially, what the Argus II does is skip over the cells that retinitis pigmentosa has killed to get visual signals to the brain. Thus, this tiny implant works by sending light waves to the optic nerve, bypassing the damaged retina. The wires that are attached to a prosthetic device look like sunglasses and render a certain amount of image.

What does Bionic Eyes see?

A bionic eye sees like you see a pixelated image or staring at a digital scoreboard held just in front of your eyes. There are regions of light and dark that collectively the brain recognises as an image. The vision it produces is not crystal-clear. But one can see shapes and lights and with additional physical therapy, one will be able to find his way around a room and move through a group of people. It’s only black and white, for starters. Users can identify a triangle versus a circle and a square.
It’s the electrical impulses and it’s about learning how to interpret them.

For patients, though, the whole thing is remarkably simple. The surgery to implant the electrodes takes just a few hours and patients go home the same day with an implant that wraps around one of their eyes and is secured by a tiny tack the size of a human hair. After about a week to heal, the patient returns to get the glasses, to have their new electrodes tuned, and to train them on how to use the system. On the converter box there are knobs that let users increase or decrease things like the brightness and contrast. Then they go home with their new pair of eyes.

Robert Greenberg, the president and CEO of Second Sight, the company that developed Argus II says Second Sight is working on a new implant that bypasses even the retinal layer, and implants electrodes directly onto the visual region of the brain.
An Indian scientist, along with his US colleagues, has developed a device to restore the sight of people who go blind due to conditions such as retinitis pigmentosa and age-related macular degeneration. It has been used by 37 patients in the US and Europe, who were completely blind for 25- 30 years. The device bionic eye or retinal implant has been co-invented by Dr. Rajat N Agrawal, an assistant professor of clinical ophthalmology at the University of Southern California. He holds the patent for the device along with his colleagues. Agrawal wants to bring the device to India by producing a cheaper version with the help of Indian scientists. He has founded a non-governmental group called Retina India to carry out the research.

Who all can use Bionic Eyes?

Its indicated in retinitis pigmentosa or (rp) is a group of genetic eye diseases where the light-sensitive cells, called “rods” and “cones” are dead. The main sign of the disease is the presence of dark deposits in the retina. The disease impacts central vision, which permits a person to read, drive, and perform activities that require sharp, straight-ahead vision.
Those who lost their sight to things like diabetes, glaucoma or infection and who have damage to the retina can’t use the Argus II system.
It’s also important to note that to implant this system one has to have an intact retina.

It costs around $ 50,000 (Rupees 22.1 Lakhs). Though the price is expected to come down, its required to take an initiative in india to produce a cheaper version which can be tried and tested here.