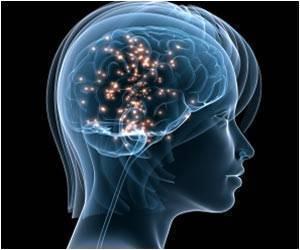 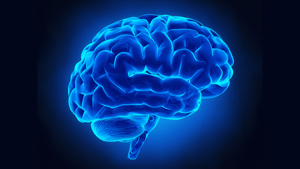 Ever wondered why we blink our eyes?

Ophthalmologists say that it is so that our cornea (outer layer of the eye) gets cleansed and moistened by the secretions of the tear glands.
But then, adequate lubrication is provided if one blinks 2 to 4 times every minute. Whereas, in reality, we blink about 15-20 times every minute!

Why then do we blink so much?

Neuroscientists believe that blinking tends to occur whenever there is a natural break in our attention such as at the end of sentences while reading, pauses while talking and moments in movies where there was less happening like when an actor left the scene or when the camera shifted. Scientists at the Osaka University in Japan undertook a new study aimed to test whether blinking may be a way of releasing one’s attention when one is concentrating on a mental task.

In order to understand why the human eye blinks so much, Tamami Nakano and his associates at the Osaka University asked 20 students to watch “Mr Bean” (a popular British comedy that is easy to follow even without sound) videos for half an hour. While they were watching, functional MRI (fMRI) scans were done to study changes in their brain activities whenever they blinked.

The Japanese study found that the students blinked an average of about 17 times every minute when they were watching the video. The fMRI scans showed that shortly after the students blinked, the activity in the dorsal-attention network (involved in the active task) momentarily decreased along with a momentary increase in the default network activity (which helps in subconscious processing). Once the eyes opened again, this brain activity shifted back. Thus, a blink switches the brain from the dorsal attention network to the default network. It seems as if blinking helped the subjects to process what they saw.

In the second part of the study, scientists wanted to see if this switch in brain activity was triggered by the blinking per se or by just a momentary lack of visual stimulus. Hence, they put in short, blink-long intervals of blank screen time into the video. Surprisingly, these unnatural blinks did not trigger the same brain shift. What if you purposely closed your eyes extra hard? Unfortunately, you cannot control these switches in your brain’s functioning. The shift in brain functioning occurred only when the students blinked unconsciously.

As Malcolm Gladwell said in his book ‘Blink: The Power of Thinking without Thinking’

“There can be as much value in the blink of an eye as in months of rational analysis.”

While this small study does not solve all the mysteries of a blink, it definitely provides a clue of what is going on in this busy brain of ours in the blink of an eye!

If you wish to avail of any eye care service, do visit our hospital. Hundreds of patients from Nerul, Panvel, Sanpada, Vashi, Airoli and Kharghar have already benefitted from our services. Do check it out for yourselves!

Researchers Give Sight to Blind Mice