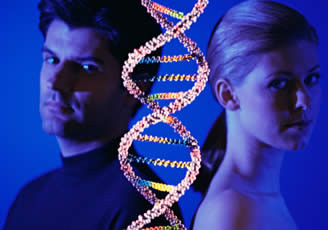 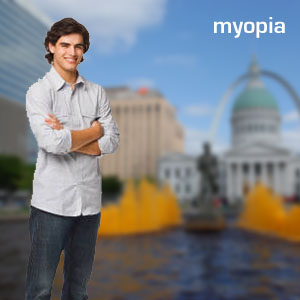 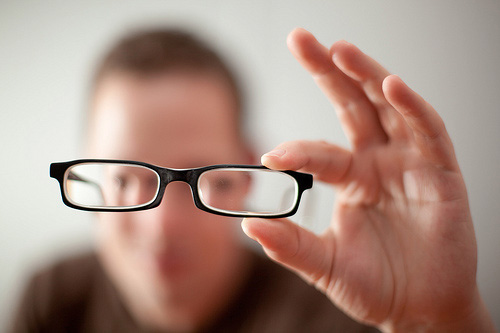 A small girl asked her mother, “Mom, how did the human race begin?”

Her mother, a religious lady, replied, “Sweetie, God first created Adam and Eve and they had kids and that is how mankind began.”

A couple of days later, the girl approached her father with the same question.

“Oh humans? Thousands of years ago, there were a few monkeys who evolved into today’s human race.”

The thoroughly confused tiny tot went back to her mother for an explanation.

Genes and inheritance of traits have been a bone of contention amongst scientists and spouses alike. While we know for sure that some characteristics are passed on in families, we are not sure about some others. Even for the ones that we know, we are not sure exactly to extent genes affect that particular trait. Short sightedness has been one such trait, which was known to run in families, but little was known about the genetic causes. Until now…

Scientists from Asia, Europe, US and Australia joined hands as the Consortium for Refraction and Myopia (CREAM) to study the role of genetics in short-sightedness. They studied more than 45,000 people from 32 various nations in the study that was published in the Nature Genetics Journal. They have identified 24 genes which are responsible for causing myopia or short sightedness. 2 of these genes had been identified earlier and were re-confirmed in this study. Those carrying these faulty genes were found to be ten times at a greater risk of developing myopia.

Myopia or short sightedness is a condition in which the eyes do not bend light properly causing far away objects to appear blurred. Being near sighted puts one at higher risk of developing eye conditions like Glaucoma (damage to the eye from raised eye pressure) and Detachment or degeneration of the retina (light sensitive tissue of the eye) especially in cases of higher numbers. It is said that about 30% of the Western population and an alarming 80% of Asian population are near sighted.

You may also like:Myopia Hyperopia and Astigmatism

This study raises hope that one day we might be able to tweak the genes so as to halt the progression of myopia or even cure it. However, it is also known that environmental factors, like lack of outdoor exposure, reading and a higher level of education are risk factors for myopia. The genes that were discovered in this study account for only 3.4% of variation of myopia. This makes it obvious, that though this is a great start, there is a long way to go before all the genetic and environmental factors responsible for myopia are discovered.

Advanced Eye Hospital and Institute at Sanpada helps diagnose and treat many myopes. With multiple services like Optical, Optometry for a basic eye check, Consultation with Cornea & Refractive Specialist and Lasik Surgery, many myopes from Sanpada, Vashi, Kharghar, Nerul, Panvel and Airoli have benefitted from our services at Advanced Eye Hospital.

Of Brown Eyes and Blue: Who is True?