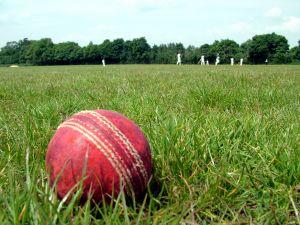 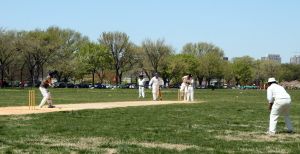 While that is open to controversy, it is believed by many that the fastest ball till date has been by Pakistan’s Shoaib Akhtar at 161.3 kmph in the 2003 World Cup. (Guinness World Records seconds this too!)

While it remains a wonder how exactly these talented pace men manage to bowl at such speeds, it’s a bigger wonder how the batsmen’s brains are able to track such fast moving balls.

It usually takes about one-tenth of a second for our brain to process what our eye sees. Fast isn’t it? But even at this rate, it means that there is a lag of about 100 milliseconds. How would 100 milliseconds make a difference? Well, consider a ball moving at 120 mph - it would have already reached 15 feet ahead by the time the brain has registered the ball’s location. How does the batsman’s brain see it coming? And why aren’t we constantly knocked down by cars or balls?

Fortunately, our brain is smart enough to push the moving ball ‘forward’ so that the batsman’s brain perceives the ball further along in its path than his eye can see.

Scientists from University of California, Berkeley recently published a paper that studied this system of prediction that is done by the brain. Researchers used Magnetic Resonance Imaging to find out which part of our brain gets busy in making these calculations when the eyes see a ball hurling at such high speeds. The volunteers in their experiment were shown a visual illusion called the ‘flash drag effect’. This involved brief flashes which shifted in the direction of a moving background. The volunteers’ brains interpreted the flashes as part of the moving background. This caused their brains to use its prediction mechanism in order to compensate for the delay in processing what the eye sees.

Scientists found that it was a part (viz. V5) of the visual cortex (the part of the brain where information received from the eyes is interpreted) that was responsible for ‘seeing’ objects accurately in the predicted position.

This discovery will help us achieve a clearer understanding about how our brain analyses the information received from our eyes. Also, it will help in diagnosis and evaluation of diseases where motion perception is impaired.

Advanced Eye Hospital is a multispecialty eye hospital located in Navi Mumbai. Hundreds of patients from Mumbai, Navi Mumbai, Kharghar, Sanpada, Nerul, Panvel and Vashi have benefitted from our services. If you have any concerns about eye care, please feel free to contact us.