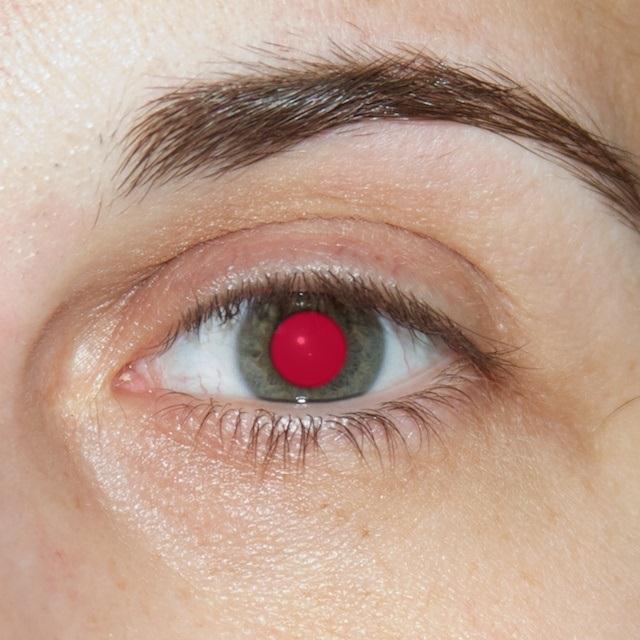 Arshiya was a big fan of Facebook. She spent hours on the computer liking, commenting and updating. But she was a bigger fan of something else, her baby girl Aasma. And so, Aasma soon achieved celebrity status at the age of 2 months when her mom enthusiastically uploaded pictures on Facebook every other day. Arshiya proudly beamed as her friends debated on whom her baby resembled more and gushed about how she was the prettiest baby they had ever seen.

It was a morning like any other when Arshiya logged in, eager to see what her friends had to say about the latest pictures she had uploaded. Her mood turned sour as she saw a comment by her sister-in-law, “There seems to be something wrong with the photographs. Check out the red eyes.” Arshiya rolled her eyes. Her sister-in-law was a perfectionist and it got on Arshiya’s nerves at times, the way she became finicky about each and every detail. But she had to swallow her exasperation and she politely commented back, “Yes, I forgot to use the ‘red eye removal’ setting in my excitement of watching her hold her head up for the first time.” What her sis-in-law replied next, hit Arshiya like a brick in the head. She said, “I meant to say that you should get Aasma’s eyes checked. The red eye effect is not equal in both the eyes. It could be something serious.”

Her first instinct was to rubbish the claims. ‘My child is perfectly fine. How dare she say something like that!’ But soon, the denial gave way to worry, ‘What if she was right? Could my baby’s sight be in danger?’ She frantically searched on the internet for what this red eye reflex meant.

Our eyes can appear red in flash photography. When light travels inside the eye, it hits the retina (light sensitive tissue inside our eye). As this tissue is rich in blood vessels, the light that is reflected back after hitting the retina causes our eyes to appear red. This effect is seen especially for photographs taken in dim light. In dim light, our pupils (the hole in the centre of the coloured part of our eyes) expand. This allows more light rays to travel into the eye (to enable a clearer vision in dim light) and hence a pronounced red eye effect. Thus, the red eye effect is a sign of normal eyes.

When a child’s eye looks white in a photograph, it is called as a white reflex or a cat’s eye reflex. This is a sign that something may be blocking the retina. Medically this is known as Leukocoria or white pupil. This is commonly seen only in one eye and generally covers most of the pupil.

The abnormal red reflex can be indicative of a number of eye diseases including:

The cat’s eye reflex is not always dangerous. It may be mistaken with the small white dots that are seen in both the eyes and are a normal phenomenon in photography. The retina has a region called the optic disc where light cannot be processed. Hence when the flash of a camera hits this optic disc directly, the light is reflected back, and the pupil appears white even though it is healthy. This is called as Pseudo-leukocoria. The vice versa situation is equally possible, meaning that the cat’s eye reflex is not seen in every photograph of a child having a disease depending on the angle at which the light enters the eye and the position of the tumour etc.

1. Take the photographs in a dimly lit room so that the camera’s auto flash is used.
2. Position your child such that all light sources like table lamps or television screens are behind your child.
3. Turn the red-eye reduction setting off.
4. Stand about 4 metres away from your child and zoom to view the entire head.
5. Ask someone to play with your child as you take a series of photos from different angles. Ensure that your child’s eyes don’t follow the camera.
6. Check each picture for a white reflex or absent red reflex or reflexes which look dissimilar in the two eyes.

To say that Arshiya had panicked and freaked out on reading all this, would be an understatement. However, after a hectic week filled with worrying hospital visits, she had gathered her wits and regained her composure. She gratefully made a call to her sister-in-law for helping diagnose baby Aasma’s cataract well in time. Aasma, has since, recovered from her surgery and is back with a bang on Facebook receiving accolades for her first tooth and playing peek-a-boo.

How To Instill Eye Drops