Yaseen Shaikh*, a 48-year-old Seawoods resident presented to AEHI as he was experiencing double vision in  both his eyes for ten days.

Yaseen was referred to Dr. Prachi Agashe, a Paediatric Ophthalmologist and a Squint Surgeon at AEHI. She observed that there was moderate ptosis in both his eyes. Ice pack test for eyelid was positive. Ptosis is an eye condition wherein the upper eyelid droops or falls.

Further, his eye motility was assessed which showed restriction in inward eye movement (adduction) as well as mild restriction in elevation. He had developed Exotropia (a form of squint) in his left eye 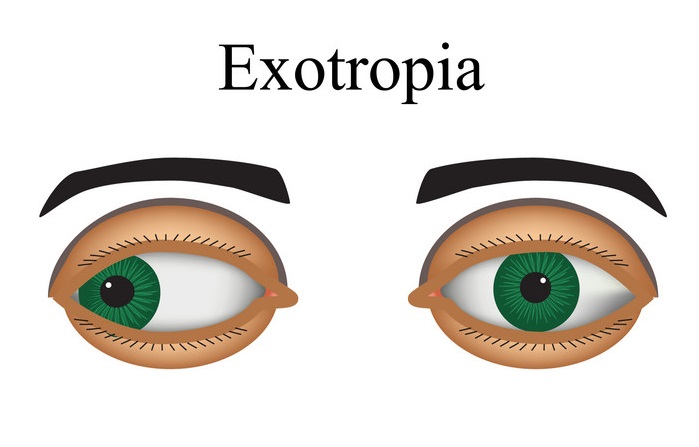 Dr. Prachi then advised him to undergo a blood test to detect the presence of anti- AChR (Acetylcholine receptor) antibodies.

Myasthenia gravis is a chronic autoimmune disorder associated with the presence of anti- AChR antibodies which reduce muscle function.

Dr. Agashe then diagnosed Yaseen with ocular myasthenia and third nerve palsy in left eye.
Third nerve palsy is the paralysis/paresis of third cranial nerve, which controls the movement of four of the six eye muscles. These muscles help in moving the eye inward, rotation and up and down. It further controls constriction of the pupil, the position of the upper eyelid, and the ability of the eye to focus.  Complete third nerve palsy causes a completely closed eyelid and deviation of the eye outward and downward.

The exact cause can sometimes be difficult to ascertain. It may be present since birth (congenital) or acquired that can be associated with head injury, infection, migraine, brain tumor, aneurysm, diabetes, or high blood pressure.

Dr. Agashe recommended Yaseen to do alternate eye patching in both eyes. Further, Yaseen was also recommended a good neurologist to plan a high-resolution computed tomography of his thorax to rule out Thymoma.

A thymoma is a tumor occurring in the thymus. Thymomas are often associated with the neuromuscular disorder myasthenia gravis which when diagnosed may be surgically removed.

Yaseen was relieved and thanked Dr. Prachi for the eye care services.  He subsequently got himself evaluated by the neurologist. Neurologist advised him to undergo a CT scan which revealed a small tumour in his thymus gland. He opted to get it surgically excised.

Dr. Prachi Agashe, (Pediatric Ophthalmology, DNB (Ophth), MBBS) is a Squint Surgeon and Pediatric Ophthalmologist at the Advanced Eye Hospital. She has several years of experience and expertise in dealing with eye problems like Strabismus, Amblyopia (aka lazy eye), Congenital Abnormalities, Childhood Cataract, squint, and all kinds of eye diseases in infants, toddlers, children and babies etc. Consult Dr. Prachi Agashe by booking an appointment.